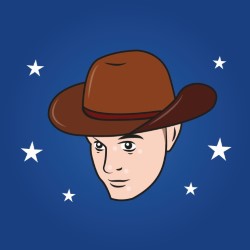 An adventure through a moral maze. Challenging perspectives on Amazonic deforestation, sociopaths and fish, whilst exploring the application of Disney films in the world of morals. 'Thoughtful and funny' (Los Angeles Times). 'David is a man of the world and a man of the people. He lives like a spy. Nobody does smooth cool like him. And he's funny. And insane' (Russell Hicks). 'David von Jones is a fantastic and innovative new comic' (Trevor Lock).