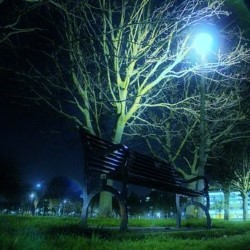 Daniel Sinclair is a grim comedy about two friends lying at the bottom of the cracks in society. A young man, Daniel, has one friend: Esteneth. But in Daniel, she has many. Daniel is a quiet boy with a condition which makes him do things he cannot remember. Finding himself in a desolate situation beyond his grasp, he turns to his one and only friend, Esteneth. As the source of his condition reveals itself, they struggle for stability whilst dealing with the many faces of Daniel.