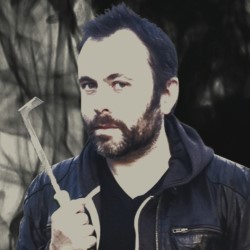 The beginner's guide to surviving the Apocalypse, or at least the months between seasons five and six. Join Dan Willis, Rick, the Governor and company for an hour of zombie based laughs. Dan Willis brings his sequel to the sell-out smash-hit The Walking Dead, setting his sights on saving the world - 80 people a day, live from his zombie-proof bunker below Cabaret Voltaire. 'Fresh, lively and funny, this is a great show with which to arm yourself against the shambling hordes' **** (Sydney Morning Herald). 'A highly engaging, hilarious and educational hour...unmissable!' **** (BroadwayBaby.com).