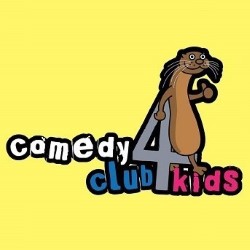 As The Independent says, Comedy Club 4 Kids books the best stand-ups, sketch and cabaret acts from the international circuit, for an audience of children aged 6+ and their families. No swears; no patronising; very little of obvious education value. Just jokes, stories, songs; funnies for everyone.

We will also have short guest-spots from some of the circuit's youngest comedians - including a kid with a dinosaur sitcom, a human/fox double-act, and a teen balladeer - all veterans of our Comedy Academy 4 Kids. And if the audience want to become stand-ups themselves, we will also be selling copies of our guide, How To Be An Unstoppably Amazing Comedy Genius, after the shows.

This is our tenth year of running shows and workshops, and our tenth year at the Fringe. We are now older than a lot of our audience, and at least three of our acts. Ridiculous! Huzzah!