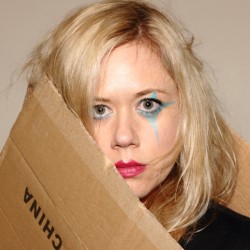 Outside a cardboard box? Then how do you think inside it? This and other conundrums solved with heartfelt storytelling, clowning, and double walled chipboard. Box clever comedy for the unboxed. Following on from her 2014 hit interactive clowning show ConciousMess, Box promises more 'Brilliant, unique and boundary bending comedy' (Audience Review, Adelaide TalkFringe). Claire Ford, as seen on Fat Pipes (BBC), is a 'masterful physical theatre performer' (BroadwayBaby.com) and ex-cardboard box saleswoman (true).