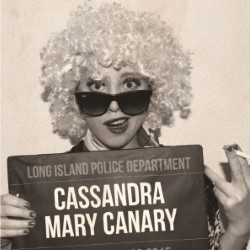 Extraordinaire and ex-convict Cassandra turns to the noble art of magic in a final desperate attempt for fame. It's Cassandra like you've never seen her before (because you've never seen her before). The legend of Long Island performs such tricks as Tying the Knot and I Saw Myself in Two for You, and is as hilarious as she is tragic - a sight for sore eyes and not to be missed. 'Wit, poignancy and power' (Guardian).