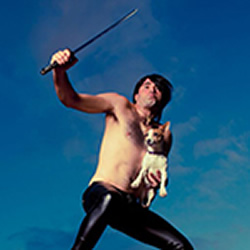 Billy is a f**king weirdo. We all have a bit of Billy in us, embrace your inner Billy, let him out to dance with the Ducks. This is the story of Billy, in a multi character stand-up show playing with identity and perception and ducks. Cian Kinsella is one half the the comedy act LORDS OF STRUT.