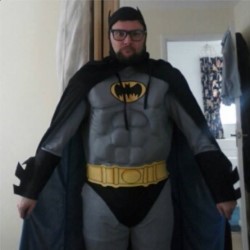 Trevor is back with another late night show. Like Ellie Goulding said, 'anything could happen', and there is no probably about it, some crazy stuff is going down. The Dork Knight Rises was Trevor's second choice for his show title. The first was doing a show about the Scottish referendum but someone pointed out that would be a bad idea to do it now in 2015. 'There are laughs, big laughs' (Chortle.co.uk). 'Very funny oddball' (Joe Wilkinson, 8 Out of 10 Cats Does Countdown). Includes at least five jokes about Batman.