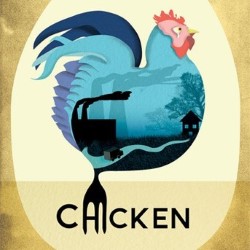 Eastern Angles and Unity Theatre, Liverpool present Chicken, a darkly comic new play by Molly Davies. Set in a dystopian future where people from the north and south are alienated from one another, London sits above the chaos as a sovereign state. Davies, whose previous credits include A Miracle and God Bless the Child (Royal Court), Shooting Truth (National Theatre Connections) and Orpheus and Eurydice (NYT/Old Vic Tunnels), has created a wonderfully twisted world where communities collide, families are fractured and the agricultural idyll is distorted beyond recognition.