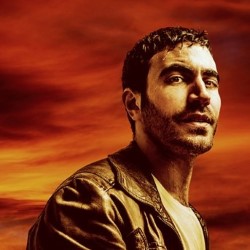 Drugs, fetishes, juggling - just another day in the desert. In 2014 Brett (award-winning comedian, star of Derek, Uncle, Undercover and SuperBob) went to Burning Man to find himself. He wasn't there. But he did leave a message... A new stand-up show looking at sex, secret doors, and the impossibility of nuance in a world made of sand. Another show Brett's mum shouldn't see. Please buy all the tickets so she can't get one. Seriously. Otherwise Christmas is going to be very uncomfortable. **** (Scotsman). **** (Times). **** (Evening Standard). **** (Chortle.co.uk).

In 2014 Brett went to The Burning Man Festival to find himself. He wasn't there. But he did leave a message... Brett's brand new stand-up show looks at sex, secret doors, and the impossibility of nuance in a world made of sand; drugs, fetishes, juggling - just another day in the desert really.

With an ever increasing body of TV and film work, in the last year alone Brett has co-starred as series regular 'Scott' in Drifters (E4), 'Tom' in two series and the Christmas special of Derek (Channel 4/Netflix), filmed regular roles in forthcoming comedy series Hoff The Record (Dave) and Undercover (Dave) and shot the lead role of Bob in the award-winning feature film, Superbob (which he also co-wrote). In addition to filming a lead role in upcoming feature How to Live Yours (with Jodie Whittaker) and co-writing the Catherine Tate 'Nan' specials (BBC1), Brett somehow managed to find the time to sell out two solo runs at the Soho Theatre, London (with Brett Goldstein Contains Scenes of an Adult Nature). Brett continues to be one of the busiest comics working.