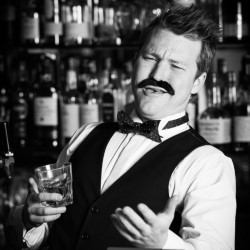 Stand-up show / storytelling performed on the following days in August 2015...

Brett Blake is an expert on idiots, purely due to the fact that he is one! As his mates would say, he would be the captain of the stupid ship. But in a society full of idiots Brett is left to deal with the worst kind regularly - the drunk ones. Join Brett on an exciting exploration of the stupidity of himself and others in one hilarious hour of theatrical audio-interactive stand-up! See more at www.FreeFestival.co.uk.