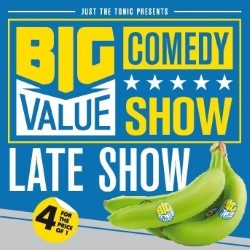 Established as one of the best shows on the Fringe. Four different comedians to the earlier show. Two hours, four acts for £10 or less. 'Top comedy, top value' (List).