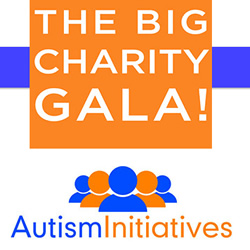 A FREE two-hour charity gala for 400 laughter-seekers at the New Empire Bingo Hall. Acts include Justin Moorhouse and Nish Kumar.

The Hermitage Horticulture Garden in Edinburgh, run by Autism Initiatives
Scotland, was recently mindlessly vandalised for the second time.
When he found out, London comedian Stu Turner felt compelled to help.

Just a fortnight before he headed to Edinburgh to host his own game show at the Fringe for a week, Stu decided to put together the very biggest and best charity gala show at Edinburgh this year - with the sole purpose of raising cash for this very worthy cause.

He whipped out his little black book, secured the biggest room on the Laughing Horse Free Festival, and scored some fabulous comedy and cabaret acts to take part - including one top TV name who'll remain a surprise until the night!

The result? A FREE two-hour charity gala for 400 laughter-seekers at the New Empire Bingo Hall at 9pm on Wednesday 19th August. Yes, it's FREE, with buckets on exit where we'll expect you to give generously.

Let's make it a night to remember, raising great laughs and great wads of cash for those affected by autism in Scotland.