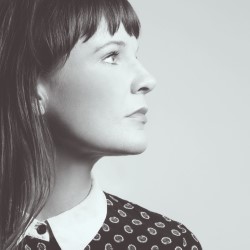 Vyse is back and this time it's personal! A bodacious and ballsy look at her battle with breast cancer. Hear the tale of her Stoke-on-Trent family The Waltons on Alcohol, her time with Nelson Mandela, acting and thieving at the Royal Shakespeare Company, settling down with Michael Jackson and finding cancer. Not to mention her producing two football teams from her womb. And all before the age of 30! 'The funniest thing I've seen on the fringe' ***** (BroadwayBaby.com). 'This show has cult written all over it' **** (Chortle.co.uk). 'Stunningly lewd' **** (ThreeWeeks).

Character comedian extraordinaire Beth Vyse returns to Edinburgh for the fifth year with Beth Vyse: As Funny As Cancer, her most painful and funny show to date. Beth's wonderfully unique, surreal style of comedy combines perfectly with this, her foray into biographical territory.

Five years ago Beth's life was turned upside down when, aged 28, she was diagnosed with breast cancer. All manner of procedures followed not least fertility treatment and a mastectomy. Whilst enduring all this and trying to find out why it had happened, Beth continued creating her wacky brand of comedy.

Five years on and in remission Beth feels it's time to tell the world what happened. And to stop hiding behind her characters.

Hear the tale of her Stoke-on-Trent family 'The Waltons on Alcohol', her time with Nelson Mandela, acting at the Royal Shakespeare Company, settling down with Michael Jackson, and finding Cancer. Not to mention her producing two football teams from her womb. And all before the age of 30.

Beth's previous two Edinburgh shows, Get Up With Hands and Going Dark!, both transferred to Soho Theatre to critical acclaim.

After treading the boards across the globe with the RSC, working at numerous national theatres, on TV and Radio, Beth moved into Comedy, creating a surreal, sublime and completely ridiculous take on the world, underpinned with a brilliant and unique acting style.

Beth has performed at The Soho Theatre, The Pleasance, The Invisible Dot, Knock2Bag, and with Fosters Award Winner, John Kearns, as part of the Weirdos. "The closest thing to a modern day comic strip we have" Chortle

Beth caught the acting bug at 16 after being selected to take part in a theatre exchange programme with students in Soweto, South Africa. At age 18 she upped sticks to drama school in London, where she honed her skills. Her talents were spotted early and following her graduation she went straight to work for the Royal Shakespeare Company in Stratford for two seasons before touring the UK, including a run in the West End, and America. Beth went on to grow her regional theatre work, performing at major theatres including Birmingham Rep, Royal Court, Sheffield Crucible, The Arcola, Manchester Contact, Liverpool Everyman and the Soho Theatre.

Beth's talents lie on both stage and screen and her TV work includes A Touch of Frost, Spooks and, of course, Holby City and Doctors. Radio work includes; Doctor Who, Big Finish Productions, Culture Shock and Fabulous Flops, Radio 4.

NB: In 2014 David Chapple broke the Guinness World Record for the most comedy shows seen in Edinburgh, he saw 300 and his favourite was Beth Vyse's Get Up With Hands.