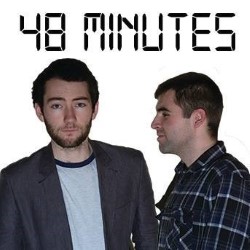 #48Mins. Two acts, free entry, 48 minutes. Join @BenShabba and @Mike_Reed_Welsh, two stand-up comedians, both performing a 20-25 minute set. The show will feature the strongest sets of both acts, which they have worked on over their four respective years performing stand-up comedy to a wide variety of audiences all over the country. It's #48Mins.