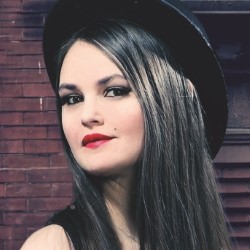 She's performed in Las Vegas, she's performed in England and now for the first time Samantha appears at the Edinburgh Festival Fringe. An astonishing singer with an astonishing range of vocal styles and material. Richard Sidaway (West End star of Phantom of the Opera) described her as 'sassy, energetic, brilliant'. The Southern Daily Echo said she was 'effervescent'. Eat, drink and be entertained with everything from intimate a cappella songs to big Broadway numbers to dark satirical comedy.