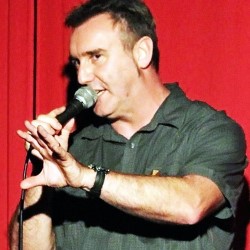 Kieran Butler **** (Scotsman) returns with an updated version of his political comedy/satire. In 2013/14, capacity crowds saw Butler lampoon the myopic psyche that the current Australian government has since put on display for the world. Butler's predictions over the past few years have been alarmingly accurate. He recently predicted PM Tony Abbott would stage an electoral comeback by going 'full racist'. This is stand-up and musical comedy that proves why Australia is the joke everyone else is completely sick and tired of. Australia: We will kill your dogs if you don't follow proper procedure.