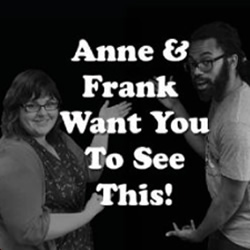 Anne and Frank are are bringing their showcase of improv, sketch and character comedy to the Edinburgh Festival. Each show will be a different style of comedy with a variety of guests and special teams uniting for a unique one-of-a-kind show. Be it an improvised play, storytelling, a feature film created live on stage or a puppet rap battle, each show promises to be something special.