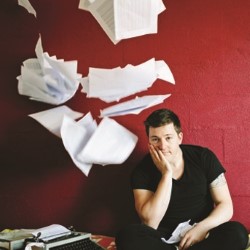 Whilst on tour, Angus was facing certain death. Even though everything turned out fine, it got him thinking. The prospect of death might motivate most people to tick off their bucket list, but for Angus it was a realisation that his life had been filled with great intentions, just not a lot of finished plans. This is a show for everyone who has had a brilliant idea but decided to watch Breaking Bad instead. 'Think Monty Python if they had Billy Connolly's observational skills while being fired through a machine gun' **** (ArtsHub.com.au).