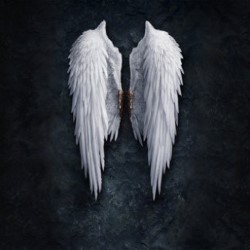 Lost love, betrayal and wanting to be a hero. Angel teeters on the edge of sanity - will he fly or fall? Humourous and dark, the story tackles themes of corruption and abuse, with an explosive climax. The final instalment in a triptych of award-winning monologues. Phil Nichol performs a gripping drama about a Spaniard in Edinburgh. Bringing together the Fringe First-winning team from 2011, playwright Dave Florez, and director Hannah Eidinow. 'Hard hitting drama that burns bright' **** (Metro Somewhere Beneath). 'Fresh, funny and achingly beautiful' **** (Scotsman Hand Over Fist).

From the team behind the Fringe First winning Somewhere Beneath It All, A Small Fire Burns Still, comes the third of a triptych of monologues by Dave Florez set against a backdrop of mental illness. His works are dark and humorous in equal measure, taking no prisoners and pulling no punches. This is cutting edge theatre with a visceral reaction from the audience.

In 2009, Maggie initiated the company's new writing project, Itch: A Scratch Event, which led to two full productions in Edinburgh in 2011: Matthew Osborn's Cul-de-Sac, which received a sell-out show Laurel Award from the Fringe, and Somewhere Beneath It All, A Small Fire Burns Still by Dave Florez, which was awarded a Scotsman Fringe First. Itch continues to generate a huge amount of new work and is a valuable network for writers and performers.

Phil Nichol was recently seen playing Mark in Sharon Horgan and Rob Delaney's hit Channel 4 sitcom Catastrophe and as Jerry in the award-winning BBC Three show Uncle. Later this year, he'll appear in Siblings and was recently seen playing Terry Gilliam in BBC Four's BAFTA nominated Holy Flying Circus. Phil has won numerous performance awards including the 2005 Stage Award for Acting Excellence (The Zoo Story), the 2006 Edinburgh Comedy Award (Phil Nichol: The Naked Racist With His Band The Shitsticks) and most recently a Scotsman Fringe First for the monologue Somewhere Beneath It All, A Small Fire Burns Still (2011). Phil has starred alongside Christian Slater in One Flew over the Cuckoo's Nest, Boy George in Taboo and Bill Bailey in the fringe hit Twelve Angry Men, which also toured the International Festivals. Trained as an actor at the School of Dramatic Art in Winsdor, Ontario, Phil is also a screen writer and musician with three comedy albums and a non-comedy album (release date in July 2015).