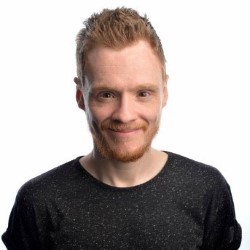 Subversive and intelligent comedy from a double Edinburgh Comedy Award nominee who is about to record his fourth series for BBC Radio 4. This is his 10th show in consecutive years at the Fringe - an hour of honest, fearless and uncompromising stand-up. No joke is unacceptable. No subject off-limits. Absolutely no concessions made to political correctness. Stand-up without boundaries. 'Powerful, sad, angry, true stuff' (Scotsman). 'You owe it to yourself to see him' (Mirror). 'Dark comedy at its very best' (Edinburgh Evening News).