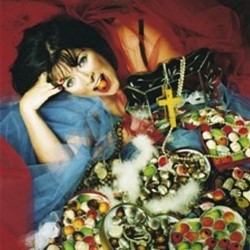 This award-winning comedy has a cult following from headlining at the Assembly Rooms in Edinburgh, at the Brighton Festival and in the West End of London. Let renowned actress and speaker Amanda Waring, accompanied by the virtuoso guitarist Andy Robinson, delight you with this highly acclaimed one-woman show, dripping with passion, magic and frivolity. 'A hilarious, sensuous, edible delight' (Daily Mail). 'The show-stopping ending when Waring, covered seductively from head to toe in melted chocolate, rolls around the stage, is unforgettable' (Spirit FM).