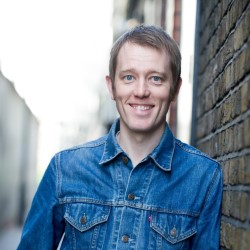 A man who has jokes. Jokes about manliness, womanliness, hobbies, ageing, fighting, perfume, beards, snoods, feminism, fundamentalism, and hopefully some profound understanding about life itself. 'Brilliant no-frills stand-up comedy' (List). Alun has been doing solo stand-up shows at the festival since 2004. He is heard on Radio 4 in Alun Cochrane's Fun House, Just a Minute and has performed his observational autobiographical comedy on various stand-up and panel shows on TV. He is affectionately known as the Cockerel on Absolute Radio's Frank Skinner Show and podcast.