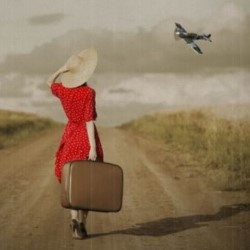 Helena is in love... Bertram is indifferent... And so begins one of theatre's greatest romances. Shakespeare offers a masterclass in the comic study of romantic ambition and class distinction as Helena eloquently plots and conspires using intelligence, resourcefulness and feminine wiles! All's Well That Ends Well shows strong women winning the war of the sexes as they use wit and wisdom against foolish and frivolous men. Set against a backdrop of the Second World War, this abridged production is filled with comedy amidst the battle of realising true love.