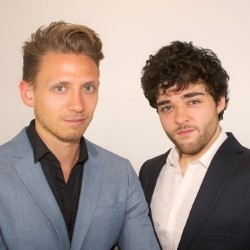 Cutting straight to the chase, Alistair and Edd embark on an hour of joke-telling aimed solely at making you laugh. Alistair Williams is the Piccadilly Comedy Club's New Comedian of the Year 2014. Edd Hedges is taking the scene by storm after winning the prestigious So You Think You're Funny Competition, before appearing on the Big Value Showcase for Just the Tonic in 2014. If you need anymore reasons to go and see this show, it's not for you!