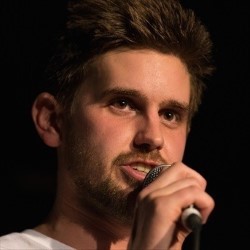 That Guy from the Internet. That's what Alex is... But he's sold out venues across Australia and New Zealand. Get set for the brand new show from the guy the Age called 'disturbing and distressing'. 'Wildly entertaining' (Rip It Up). 'One of the world's most promising comedic talents' (UnderTheGunReview.net). 'Alex Williamson's set felt like a generation sticking its middle finger up at politically correct expectations' (ArtsHub.com.au). 'You'll certainly laugh even when you feel bad doing so' (Newcastle Herald). 'There's a reason his shows sell-out consistently. He's a funny c*nt' (ArtsHub.com.au).