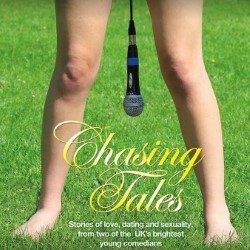 Join Sarah Keyworth (Amused Moose Semi-Finalist) and Alex Hylton, (Macmillan Comedian of the Year Runner-up) as they take on love, sexuality and dating in this debut show. For two very different reasons, these two comics have been trying to meet women. Sarah, who recently came out as lesbian, matches Alex, whose breakup with his childhood sweetheart triggered his desperate hunt to find love again. They've both spent the year chasing tail for the first time. They've both got some cracking stories about it, and they're both going to tell you all about them.