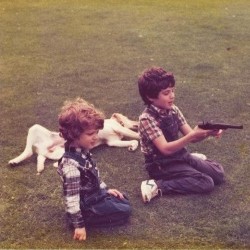 Why are comics so messed up? Aaron Levene introduces a rolling line up of four top comedians each day as they joke about the one trauma that unites us all, our families. 'I thought I had a messed up family, but growing up with Aaron I can emphatically state he had it much, much worse. And he's funny.' (Josh Howie)