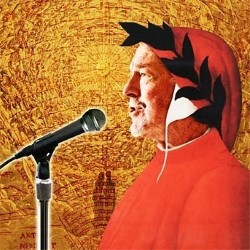 In search of love to infinity and beyond. A new adaptation by Mike Maran. An almost unabridged journey through Inferno, Purgatorio and Paradiso in search of Beatrice. Will Mike Maran's adaptation be as blasphemously offensive as Dante's sublime poem? Will Mike get Dante's girl? A mad flight of mesmerising medieval stand-up.' The Tommy Tiernan: Undivine Comedy sits at the pinnacle of Western civilization - one of the most influential works of literature composed by poetry's most powerful practitioner. In this new adaptation Mike Maran follows Dante's huge footsteps in the quest for the meaning of love.