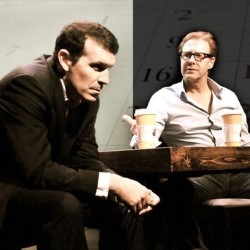 Written by Allen Barton, one of the most acclaimed plays in the 2013 Los Angeles theatre season. Using the spare construct of a single conversation between old friends, Years to the Day takes on marriage, social media, the delicate relationship between parents and kids, contemporary film, politics, gay rights and more in a searing confrontation between two men approaching middle age. Can their friendship survive ... friendship? Have their early 40s 'we're men now' maturity made them more certain of who they are in a good way? Or are they simply more calcified and inflexible?