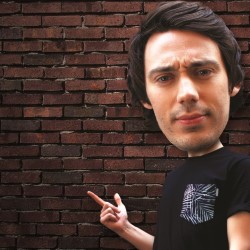 Tom is one of the hottest young comedians and presenters on the circuit. He has been performing live stand-up for the last six years, with three Edinburgh solo shows under his belt, and has been the host of his own TV, radio and online shows on BBC2, BBC Radio 1 and YouTube football channel Copa90, where his Eurofan escapades have notched up over 1 million views. Last year he performed on the Melbourne Comedy Festival Roadshow and performed to sold out theatres. Now, why don't you Get Your Deac-on at the Fringe this year!