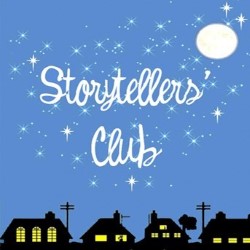 Storytelling / stand-up performed on the following days in August 2014...

It's back! Every Saturday and Sunday during Fringe a darkened corner of the Pleasance Courtyard plays host to some of the festival's most beloved comedy stars telling hilarious true stories (and sometimes secrets). A different line-up each night, with one of the most convivial late show atmospheres. Hosted by comedian Sarah Bennetto. 'A magical idea' (Metro). 'The perfect way to spend an early autumn night' (Guardian). 'Just go and see it' (Time Out). 'The general atmosphere is so warm and hospitable. There is liberal flirting, mic-swapping and impromptu dialogue' **** (ThreeWeeks).