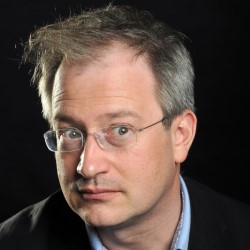 Most of your brain doesn't know you exist; let's find out how conscious we really are. Having investigated particle physics and evolutionary biology, the host of BBC Radio 4's Infinite Monkey Cage's new stand-up show goes into the matter that led to it all, the human brain. Best known as a science populariser, and winner of three Chortle awards, Time Out Award for Outstanding Achievement in Comedy, and Gold and Silver Sony awards promises a dissection of what makes you... probably. Warning: may cause existential angst and curiosity. Mysterians welcome.