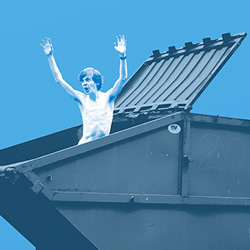 HOLY FUCK! Red Redmond is here. A fun and frantic hour in the company of comedy's unwanted son. WARNING! Red is both charming and clinically insane. **Manchester Student Comedian of the Year 2011 & 2013**