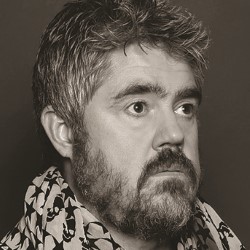 Stand-up and Never Mind the Buzzcocks star Phill Jupitus appears as his word-slinging alter ego Porky the Poet, bringing a brand new hour of poetry and chat to the Jam House. This year his pencil is sharpened in the direction of religion, dieting, politics, hate, hipsters, love, parenthood, sex, The Clash, baseball, death, Michael Gove and a slew of other vital matters. New work premiered every show. 'Has taken the Free Fringe to a new level' (Scotsman). 'Funny and quirky, this is a Free Fringe show worth checking out' (ThreeWeeks).