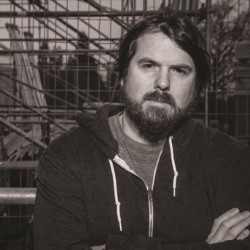 Edinburgh favourite Pete Johansson returns to the fringe this year with Several Jokes. Nuanced and layered, provocative and silly, all in one spectacular examination of his various fears and faults that enlighten the spirit and educate the soul.

Themes in the new show include conquering fear, vulnerability, rebuilding intimacy in long term relationships and his fear of ignorance. Relating to the current social issues of today, Pete discusses different reasoning behind our thoughts and our acceptance of each other, increasing his attempts to make the world a better place. Plus there's animal talk, Pete has a terrible phobia of bees.

In his hit solo Edinburgh show, Naked Pictures of My Life (2009), Pete illustrated the embarrassing developments of his life and how he reached his 'happy-apathy' attitude toward life. The show garnered rave reviews and earned him a nomination as Best Newcomer, one of the most coveted awards in comedy. He returned to Edinburgh in 2010 with Pete's on Earth. The show pushed his own boundaries and garnered even more 4 and 5 star reviews. In 2013, he returned with Utopian Crack Pipe which was welcomed with further critical acclaim.

Pete moved to the UK in 2008 and quickly became a firm favourite with audiences around the country. He is a regular at the renowned London Comedy Store venue (where he recorded his live CD), has been invited on Radio 4′s prominent Loose Ends and appeared on Russell Howard's Good News (BBC Three) in 2010. Pete has performed alongside Stephen Merchant, Stewart Lee, Simon Amstell and even had the rare opportunity of closing for Jerry Seinfeld in the Comedy Store in 2011. He bagged a starring role opposite Ed Byrne in BBC Four′s Sex Bombs and appeared on Channel 4′s Brighton Best of the Fest.