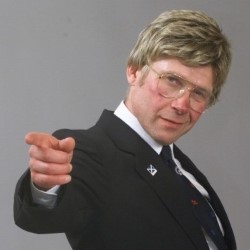 The legendary retired football manager, turned alcoholic pundit from hell is back from the World Cup in Brazil and still talking balls. Expect some outrageous views on football, some random filth and plenty of drink-fuelled rage on life in general. Plus Bob's now legendary question and answer session. Any question may be asked, any answer will be given. A Fringe favourite every year since 1998 - sadly the last time Scotland actually qualified for the World Cup! 'Foul-mouthed and politically-incorrect' (Scotsman). 'Razor-sharp observations of the British psyche' (Guardian). 'Almost better than football' (Independent).