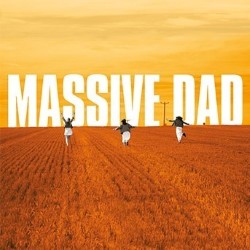 Brand new and 'utterly excellent' (BroadwayBaby.com) sketch comedy group Massive Dad make their much anticipated Edinburgh debut at the Pleasance Courtyard. Finalists in the upcoming Best New Sketch Act 2014, Stevie Martin, Tessa Coates and Liz Smith will be performing the best of their material for an hour. Book now before they sell out or the festival ends.

Imagine, if you will, that Massive Dad are already MASSIVE in their non-specified Eastern-European homeland. The show sees the group embarking on the UK leg of their world tour, whilst attempting to explain the concept of sketch comedy to the unschooled British audiences who (they seem to think) have never encountered the genre. Though sketch comedy probably isn't the mystery they'd have you believe... rest assured that you've never seen anything like this before.