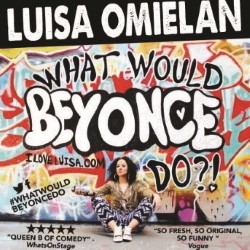 Back for one night only. It's the phenomenally successful debut show from stand-up comedian Luisa Omielan. After two previous sell-outs at the Edinburgh Fringe, a UK tour, runs in LA and NYC as well as five sell-out runs at the main house in Soho Theatre. It's the ultimate party with jokes in. 'So fresh, so funny, so original, expect a full on rearrangement of your insides' (Vogue).