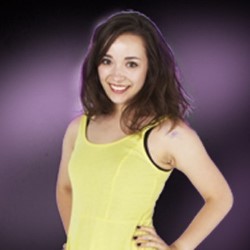 Improv performed on the following days in August 2014...

You suggest the genre, location and title. We improvise a breathtaking movie. Your host; Oscar pauses and rewinds the best bits and cuts to hilarious DVD extras. Winner Spirit of the Fringe Award 2013. Top five Edinburgh Fringe Shows to see (Independent). 'There are no words to describe the brilliance of this show' ***** (ThreeWeeks). 'More of a party than a show' ***** (TheEdinburghReporter.co.uk). 'Outstanding' ***** (BroadwayWorld.com). 'Hollywood writers are paid millions to come up with something a fraction as funny' ***** (CultHub.com). 'Side-splitting... hysterical' ***** (BroadwayBaby.com).