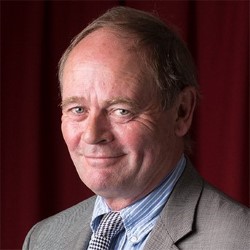 BBC Radio 4's The Museum of Curiosity will be spreading its wings, taking its first flight from the cosy confines of the BBC and heading north to make a temporary nest in the Underbelly at the Edinburgh Festival Fringe this August.

With hosts John Lloyd and Dan Schreiber, the Underbelly will see a plethora of comedians, authors and experts come together to perform a special live version of this acclaimed BBC Radio 4 show (which is now in its seventh series). Special guests will include Jimmy Carr, Susan Calman and Phill Jupitus, with more names still to be confirmed.

The Museum of Curiosity is a comedy panel show like no other, bringing together the most interesting people in the universe and asking them to submit one item each to fill the Museum's empty plinths.

Created by John Lloyd, Richard Turner and Dan Schreiber, The Museum of Curiosity has proved to be one of the most loved programmes on BBC Radio 4.