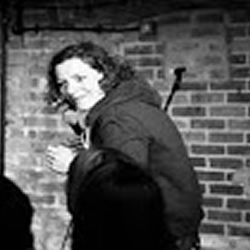 Jess brings you the makings of her fourth show, a devastation of categorisation. Stories, stand up, joke-jokes, characters and MORE THAN ONE LIVE ANIMAL. "Wears her smarts on her sleeve, great stuff" - Guardian, "Consistently hilarious" Fest, "Intelligent humour, sharp and insightful" Evening Standard