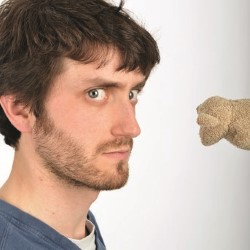 Charmingly sickable songs, stories, poems and more in the first children's show from the multi-award winning comedian. For the whole family from small children to massive children (grownups).

Jay has performed 3 critically acclaimed sell out Edinburgh Fringe runs for grown-ups, won the Musical Comedy Award for Best Newcomer and was named BBC New Talent Pick of the Fringe. In 2011-2012 he supported Dave Gorman's sold out 100 plus date tour, playing venues including the legendary Hammersmith Apollo.

His self-made documentaries about the London transport system, Unfinished London 1,2 and 3 have had over 150,000 online views and won him a cult audience. This year Jay is bringing his unique blend of storytelling and musical wizardry to a new generation for the first time.