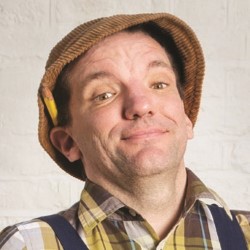 After more than a decade in Britain, the German Comedy Ambassador has groan to like puns... though he still couldn't eat a whole one. As Henning's assimilation is not yet complete, he hasn't lost his sense of Westphalian wonderment at the foibles of British society. Expect a crash course in personal accountability and have a right old laugh at the same time. Wunderbar! Come along. Or else. 'Brought the audience to its knees' (Telegraph). 'Marvellous' (Guardian). 'A diplomatic masterclass' (Scotsman).