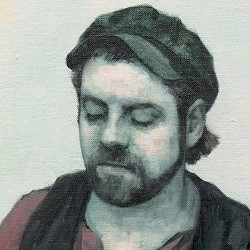 Glenn Wool has a comedy career that spans 20 years with television and live engagements over five continents. He has performed seven different solo shows at the Edinburgh Fringe festival and numerous other shows at International Festivals around the world. That is a lot of material! So... he wants to share his favourite tales and jokes from over the years with you. You'd be a fool to miss Wool's Gold - get your tickets now!

With a vibrant comedy career that spans over twenty years, Glenn Wool is back and ready to take the Edinburgh Fringe by storm once more. This years show, Wools Gold, is a collection of impeccable comedy, laced with fascinating story telling. With an extensive back catalogue of material to draw from, audience members will certainly be entertained with classic comedy at its best.

Glenn currently co-hosts the Freestyle podcast alongside Frankie Boyle. He has also appeared on many US podcasts including a hat trick on Marc Maron's WTF.

This September Glenn has set himself the ultimate challenge! Alongside fellow comics - Rhys Darby, Simon Evans, Stewart Francis & Craig Campbell he plans to climb Everest and then perform a comedy show at base camp, all for charity!

Beginning his comedy career in his hometown of Vancouver in 1995, he moved to London in 1998 and quickly became one of the rising stars of the London and international comedy circuit having performed in Australia, New Zealand, The USA, South Africa, Switzerland, France, Croatia and Arabia. Glenn was nominated for Best International Stand Up at The New Zealand Comedy Awards and Best Headliner at the Chortle Awards.

In recent years Glenn has hit the International circuit in a huge way, performing to colossal crowds in Singapore, Holland, Dubai, New York and L.A. He's also a popular addition to many of the great Summer music Festivals in the UK, including Reading & Leeds, Latitude, Bestival, Download and of course... Glastonbury.