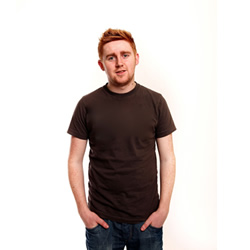 Waugh! Who? Good God Ya'll! A pathetic man tells you some of the pathetic things he's done in an hour of stand-up comedy. From Telescopes to mistaken identity, at no point in his life has Gareth done something that wasn't embarrassing. The Edinburgh comedian will be joined by a special guest support act each night.