The nominees for the 2014 Malcolm Hardee Awards have been announced. The awards, which have been running since 2005, aim to recognise comic originality at the Edinburgh Fringe.

Below are the comedians in the running, with descriptions provided by the organisers:

The three nominees for the best stunt promoting an Edinburgh Fringe act or show are: 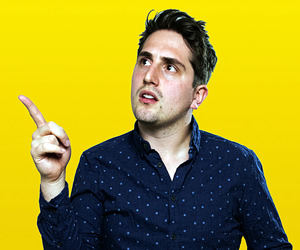 Luke McQueen (pictured) for persuading people that comedian Frankie Boyle was playing a secret gig at the Pleasance, then revealing that the gig did not feature Frankie Boyle at all but was a Luke McQueen gig. There was reportedly an element of disgruntlement in the audience. A brief debate between the Malcolm Hardee Comedy Award judges seemed to decide that stupidity was possibly a bonus in being nominated for a Cunning Stunt Award. Irate audience members can find him at the Pleasance Courtyard at 8.00pm in a show called Now That's What I Luke McQueen. Full story

Mark Dean Quinn for bringing originality to the vital yet under-rated art of flyering for two shows. To 'sell' Ben Target's show, he handed out blank strips of paper to passers-by. If they asked why, he gave them a small card with show details. This meant the right audiences self-selected themselves for the show. He also flyered for the ACMS (Alternative Comedy Memorial Society) by standing with his head in a cardboard box full of flyers. People were inclined to take them. He also flyered last year for a non-existent Fringe show. If we had heard of this last year, I would have certainly nominated him for that.

Christian Talbot - another award for creative flyering - for getting his 12-year old daughter Kate to wander up to strangers in the street, looking sad and distraught, asking them "Have you seen my daddy?" then, if they say 'No', handing them a flyer with details of where they can see his show - which is called Hello Cruel World.

Act Most Likely To Make A Million Quid Award 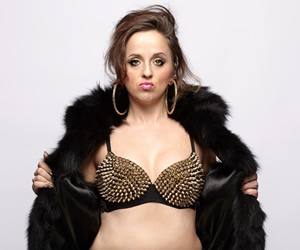 The judges say: "This year, we have decided to nominate two acts for this trophy and, depending on who wins it, we will call it by a different name."

The first nominee is the amazing crowd-pulling Luisa Omielan (pictured). Over the last year, she has been touring with What Would Beyonce Say? This year, her new Fringe show is Am I Right, Ladies?

If the other nominee wins the trophy, it will be called the Act Least Likely To Make A Million Quid Award. The nominee for that is Fringe legend Peter Buckley Hill, who created the Free Fringe and spawned all the other copies of the 'free' model in Edinburgh, London and elsewhere. Unlike most acts, Peter has heroically never aspired to make any money from the Fringe and has staunchly defended his free model. His unlisted-in-the-main-Fringe-Programme show Peter Buckley Hill and Some Comedians is 9.35pm at Canons' Gait. 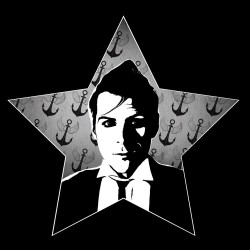 This award is given to performers, not to shows. The nominees are:

Candy Gigi in I'm Not Lonely

The Human Loire (aka Michael Brunström)

The results will be announced at the two-hour variety show hosted by Miss Behave and Janey Godley on Friday 22nd August at 11pm at the Counting House. Listing

The show, which is free to attend (donations are welcomed), will also include the official Scottish national Russian Egg Roulette contest supervised by the World Egg Throwing Federation.

The Malcolm Hardee Awards are given in memory of "one of the most anarchic figures of his era", stand-up comedian and club owner Malcolm Hardee, who drowned in 2005. The awards aim to recognise comedians at the festival who are taking part in the 'true anarchic spirit of the Edinburgh Fringe'.

The Malcolm Hardee Awards will run until 2017... because that's the number of trophies that have been made, and organiser John Fleming is not planning to order any more. To find out more about the awards and see a list of the previous winners visit www.malcolmhardee.co.uk