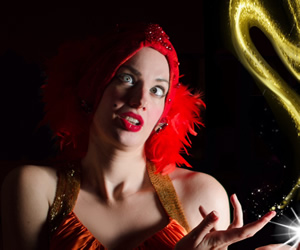 Greetings, fans of the esoteric! I'm Madame Magenta: psychic, whyte wytch, go-go dancer, and author. I arrived at the Edinburgh Fringe Festival yesterday, ready to wow the plebs with my show Madame Magenta: Libros Mystica, which opens this Saturday.

Sadly, today I'm ensconced in a darkened room in Leith with a pounding headache, when I would much prefer to be 'warming up' by gargling liquorice allsorts and heartily performing musical scales at bus stops. The headache is no doubt the toxic result of the negative vibrations I've already picked up from certain performers, and nothing to do with drinking Buckfast with the local skagheads last night. I'm very sensitive to vibrations, which is why I always sit at the back of the bus (that's a joke about female arousal! Hahaha!)

I've previously discussed the negative vibrations that emanate from performers in my blogs on Jimmy Carr and Jim Davidson, and the steps these poor individuals can take to heal themselves. They haven't been in touch to thank me yet: no doubt they're a little intimidated by my wisdom and power. Such is the lonely burden of those who are better than everyone else. 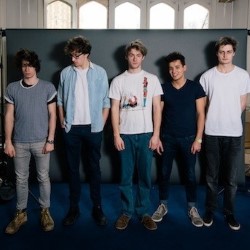 Anyway, their display of cold ingratitude won't stop me from helping others. So this week I have turned my attention to the Footlights bunch. Help the underdog, that's my motto! And Footlights are the underdog in the same way that Julian Lennon or Stella McCartney are underdogs. Being linked to former genius is most beneficial, but while it helps them avoid obscurity, their predecessors also cast a long, dark shadow over their much less interesting features. So no doubt the Footlights chaps are a sheepish, nervous type, horribly aware of the constant comparisons to their Cambridge forefathers.

Every time they (or more likely their flunkies) hand out a flyer that contains a newspaper quote from 1982, a little part of them must cringe. Because nobody wants to inherit glory and power! Why, that would make them a reflection of the establishment against which comedy rails!

Today I'll be using the Etruscan art of haruspicina to offer advice, which is the ancient art of reading animal entrails. Luckily, I hit a fox with my car on the way up to Edinburgh yesterday, and the carcass is currently taking up space in the communal fridge (I'm sharing an apartment with two dancers, a mime, and three lady-boys of Bangkok. Luckily none of them use the fridge, no doubt due to an eating disorder.)

So let's get the little bugger out, and have a read! 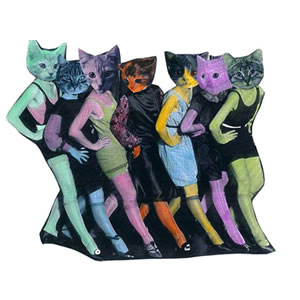 I've done it. Christ on a bun.

So here it is. My advice to Footlights.

Footlights - don't go digging into a bloated corpse with cutlery from your rented accommodation on a hangover.

'Madame Magenta: Libros Mystica' is at the Voodoo Rooms at 2:40pm until 24th August. Listing