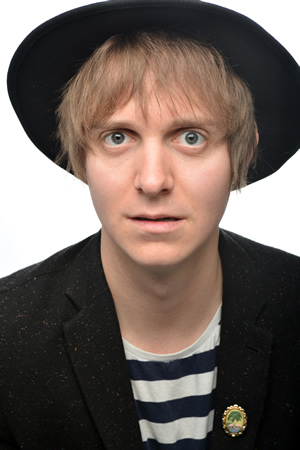 When I take to the stage my set list can go something like this: talk about a man with a claw for a hand and wonder if he's actually a super-villain; imagine a lizard doing stand-up and talk about getting mistaken for Skeletor resulting in a fight with He-Man.

It's not everyone's cup of tea, a lot of people refuse to come along for the ride and disregard me as a whacko. But is my made-up, fanciful material that strange? Not really... not when you take a look at the real world.

I mean, if you look at the existence of life itself you see that we are in a far more barmy world than anything some idiot in a trilby and skinny jeans could dream up.

Whether you subscribe to religious views or not; guys either got made by a man with a big beard out of absolutely nothing and women out of one of our ribs; or over a million billion years we all came from a big bang that nobody knows the cause of and then turned from lizards, to beasts, to beasts with thumbs that build and destroy stuff.

It puts a spin on the old joke 'a funny thing happened to me on the way here...' - "I left home about 40 billion years ago, I think. I mean I didn't have a watch as they hadn't been invented yet, and if they had been, I didn't have any arms to keep them on, so I saw fit to grow arms learn to talk and grow hair and drive." This is much stranger than a surreal flight of fancy about a talking orange.

Open the newspaper at any page and the world is full of things that could easily be taken for part of my set. Case in point: being Kim Jong-un, who may now be my favourite surreal comedian. The shitty haired dictator was reported to have recently passed a law decreeing that all men must have the same haircut as him. He then topped that wonderfully bizarre law when he employed a cast of thousands to make fake news reports, showing North Korea winning the World Cup. 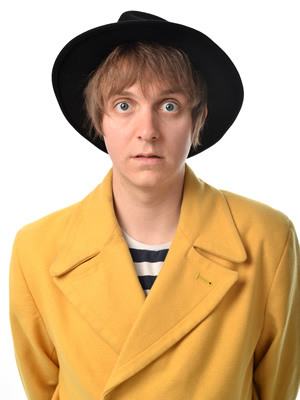 ... Which brings me nicely on to footballers. We live in a world where men are paid about eight people's yearly wage a WEEK to kick a pig's bladder around, with worse haircuts than Mr Jong, whilst nurses are quitting their jobs for better pay at the Carphone Warehouse.

We have the technology to fly to another planet but we are still wiping our bottoms with pieces of paper that, if we left in their previous carnations as trees, would be helping to save the planet.

Then there's a game called Golf, where you hit a tiny ball about a mile towards a tiny hole whilst wearing hideous checked tank tops.

We live in brick houses that are more expensive to buy than if we built one from scratch out of solid gold bars, and we have so much pointless technology (apart from the device that you are reading this article on of course) that we forget to interact with our fellow humans.

If that's the 'real' world I will stay in my own - on balance, un-surreal - little bubble where I cheerily make people forget about this mental place whilst spinning a yarn about a forty six foot imaginary dinosaur who looks like Heston Blumenthal, if you look at him at a forty five degree angle.

'Joey Page: This is Not a Circus' is at Udderbelly (Bristo Square) until the 25th August. Listing