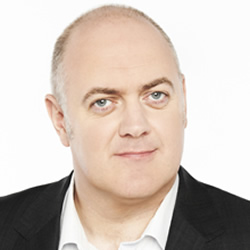 Dara is one of the most recognisable faces on British TV, as host of the hugely successful Mock The Week, The Apprentice You're Fired, Star Gazing Live. Not forgetting his most recent shows Dara O'Briain: School of Hard Sums and Dara O'Briain's Science Club for BBC2. Catch one of the most charismatic, intelligent, fast-talking and downright funny live performers working today. Please note this show will be a work in progress for an upcoming UK and Irish Tour in 2014/15.